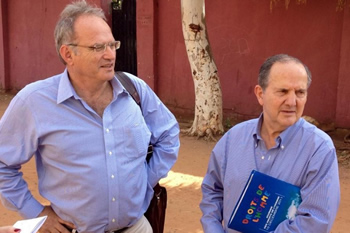 The United Nations Special Rapporteur on extrajudicial, summary or arbitrary executions, Christof Heyns, and the Special Rapporteur on torture and other cruel, inhuman and degrading treatment or punishment, Juan Mendez recently embarked on a country visit to the The Gambia. This statement sums up their findings.

NEW YORK (22 October 2014) – The United Nations Special Rapporteur on extrajudicial, summary or arbitrary executions, Christof Heyns, today raised concern about the increasing use of technologies that depersonalise the use of force –including armed drones– not only on the battlefield, but also in domestic law enforcement.

Scholarship and exchange possibilities at Cornell Law School in 2015/16

The University of Cornell Law School (USA) is offering one LLM position in August 2015 for a graduate from the UP Faculty of Law. This scholarship includes admission to the LLM programme and a full tuition waiver. Depending on need, the successful student will also be eligible for some financial assistance in order to covering living expenses.

The Institute for International and Comparative Law in Africa in the Faculty of Law of the University of Pretoria (UP) in collaboration with the Aerospace Industry Support Initiative of the South African Department of Trade and Industry will facilitate capacity building in international air, space and telecommunications law.

The Institute for International and Comparative Law in Africa in the Faculty of Law, University of Pretoria in collaboration with the Department of Public Law is hosting a short course that offers an opportunity to learn about key areas in the area of public international law.

The Institute for International and Comparative Law in Africa in collaboration with the Department of Public Law of the Faculty of Law, University of Pretoria is calling for applications to the Faculty’s LLM in Public International Law.

In Remote Corners of India, Immunity for Soldiers Who Kill and Rape Civilians 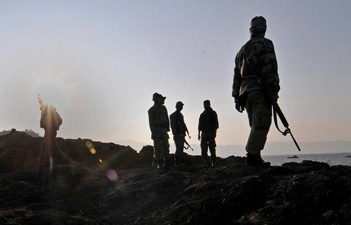 MAYAI LEIKAI, India — A dozen soldiers burst through the front and back doors of a small home here in the middle of a July night, dragged Thangjam Manorama into a room and began to torture her. Her older brother tried to stop them and was badly beaten. Her mother rose to defend her and was knocked unconscious.

After about an hour, Ms. Thangjam was taken out of the house. The next morning, the family found her bullet-ridden body by the side of the road three miles away. Soldiers later claimed that Ms. Thangjam was an insurgent who was shot while she was trying to escape. A medical examiner determined that she had been shot from close range while lying down, that stains on her dress were semen but that multiple gunshots to her vagina made any determination of rape impossible. There was little doubt who was responsible: the soldiers made little effort to hide their faces.

Prof Christof Heyns placed the issue of autonomous weapon systems on the agenda of the UNHRC in May 2013.

The Institute for International and Comparative Law in Africa (ICLA) in the Faculty of Law, University of Pretoria recently made available electronic research resources on these two topics.

On Monday, 14 April 2014, Prof Dire Tladi was formally welcomed by the Faculty of Law of the University of Pretoria through his prestige lecture on ‘The development of the law of the sea through UN processes: The case of biodiversity in areas beyond national jurisdiction’.

Prof Tladi’s lecture focused on the legal regime applicable to marine genetic resources on the deep seabed and on the legal rules relevant to measures for the conservation and preservation of the marine environment in areas beyond national jurisdiction.

On 27 February 2014 the European Parliament adopted Resolution 2014/2567(RSP) on the use of armed drones wherein it notes its concerns on the deaths of thousands of civilians where drones have been used. The European Parliament’s resolution comes after the 2013 reports submitted to the UN General Assembly and Human Rights Council by among others, the UN Special Rapporteur on extrajudicial, summary or arbitrary executions, Professor Christof Heyns, who is also the co-director of the Institute for International and Comparative Law in Africa from the Faculty of Law at the University of Pretoria.