Impact of national commissions of inquiry in Africa 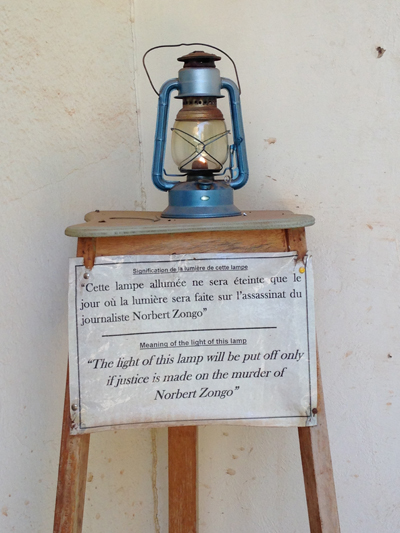 From 2014-2018, as part of a University-wide collaboration, a research team based at ICLA has been investigating the role that national commissions of inquiry can play as accountability mechanisms for violations of the right to life. This involved undertaking field-work across seven African countries in order to gain a fuller understanding of the role played by six commissions that have taken place at various times over the last 25 years.

The project was led by Prof. Christof Heyns and Dr Thomas Probert, who were joined by fellow ICLA-researchers Meetali Jain and Anyango Yvonne Oyieke as well as by several researchers from the Faculty of Humanities and another from a local NGO. The research project was part of a broader research project examining how traditional African moral resources, such as ubuntu, continue to shape contemporary governance, but was designed to reinforce the work of revising the UN’s main resource on investigating suspicious deaths, the Minnesota Protocol.

The first stage of the research was to identify those instances over the past 25 years when states have responded to an alleged violation of the right to life by establishing a commission of inquiry. The charts below reflect those found during the initial mapping exercise, by country and by year of establishment: 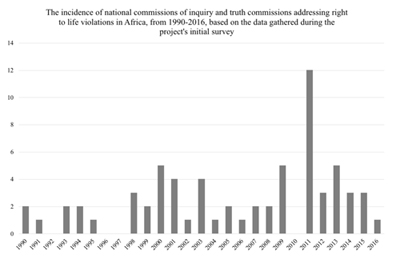 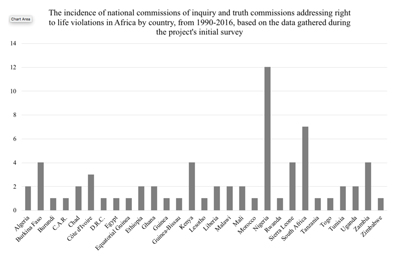 More detailed information related to the commissions initially surveyed during the preliminary review of commissions has been interactively visualised here.

Researchers then selected six individual case studies of national commissions of inquiry, in Chad, Burkina Faso, Kenya, Malawi, South Africa and Nigeria. In each case a lead researcher travelled to the country in question, sometimes joined by another from the team in Pretoria or by a local research assistant, and conducted interviews with key participants. These included the some of the Commissioners themselves, evidence-leaders or other key lawyers around the work of the Commission, those working for prominent NGOs working with the legacy of the Commission, representatives of Ministries of Justice and others.

The fundamental objective was to establish to what extent, in each context, the commission of inquiry was able to function as an effective investigation of what happened, and to what extent it also contributed to other core elements of human rights accountability, namely remedy for victims and reform of structural issues. Underlying this was a question about whether commissions might, in some circumstances, conduct the investigation in a manner more compatible with traditional approaches toward justice, being more participatory, less binary and more holistic in its approach to a question of the right to life than a straightforward police investigation.

The findings of the research project have been collated in a book, that will be published by Pretoria University Law Press in 2019.

As part of their collaboration on this research project, the Institute for Justice and Reconciliation (IJR) have produced a Policy Brief on the role that national commissions of inquiry can play as accountability mechanisms. Written by ICLA's Dr Thomas Probert, it is entitled 'Vehicles for accountability or cloaks of impunity?'
The project was profiled in the University’s flagship Research Review for 2017.