The Minnesota Protocol on the Investigation of Potentially Unlawful Death (2016) 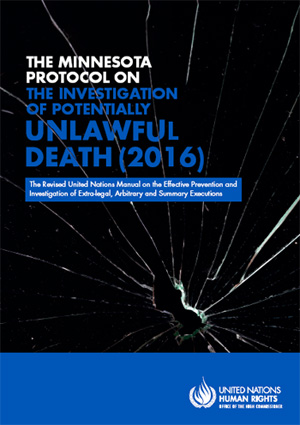 From 2013-2016 one of the core research projects associated with Prof. Heyns’ tenure as Special Rapporteur was the revision of the Minnesota Protocol.

The original UN Manual on the Effective Prevention and Investigation of Extra-Legal, Arbitrary and Summary Executions had been adopted in 1991. A number of considerations prompted Heyns to consider revision. He encountered the application of the Minnesota Protocol in the field during country visits, the first of which took place during his mission to India in 2012. In mortuaries, medical personnel involved in autopsies emphasised to the Special Rapporteur the importance of the Protocol, but at the same time pointed out that it had become outdated. The Special Rapporteur consulted forensic experts working for UN bodies, the International Committee of the Red Cross (ICRC), and NGOs, who expressed the same concerns while adding that the Protocol lacked a section on the identification of the dead in cases of suspicious death.

It was clear that the Minnesota Protocol was largely used by medical and forensic practitioners, but the fact that it contained some legal provisions, however fragmented and outdated, provided an opportunity to develop the legal part of the Protocol further, and to ensure the coherence between the medical and legal components. In a number of reports, the Special Rapporteur emphasised that proper investigations were part and parcel of respecting, protecting, and ensuring the right to life and a lack of accountability constituted a violation of the right to life in itself.

An initial scoping exercise was undertaken to determine the extent to which stakeholders around the globe supported a proposal to revise and update the Protocol. The responses were consistent: the Protocol was useful and important, but in need of thorough revision: from both the forensic science advances and with regard to the international legal developments. Moreover, the scoping exercise highlighted a series of resolutions from 1998 to 2005 from the then UN Commission on Human Rights that called on the OHCHR and UNODC’s Crime Prevention and Criminal Justice Division to consider revising the Manual. Notwithstanding those resolutions, no work had been done to revise the document by 2013, though they provided further support to the mandate initiating the process and for close collaboration with the OHCHR. Such a formal collaboration between the mandate and the OHCHR was established, with the Office’s expertise proving invaluable throughout the revision process.

Recognising the diverse expertise involved in conducting investigations and in drafting and using the 1991 Protocol, it was decided to create drafting teams of world-renowned scholars and practitioners, with OHCHR and UNODC both contributing their own expertise and providing an anchor for the process. A high-level advisory panel was set up to offer broader guidance. A procedure was fashioned for government and public consultation and input at multiple phases of the revision process. Just as with the original version, the mandate of the UN Special Rapporteur was to play a critical role in orienting the effort.

Between January and May 2015, invitations were sent to a diverse range of experts to become part of two working groups to draft the revised document, as well as to join the advisory panel. Working group and advisory panel members were selected based on their internationally recognised expertise as well as to ensure a broad range of types of disciplinary knowledge and global representation. A legal working group was appointed to be chaired by Prof. Sarah Knuckey of Columbia Law School; and a forensics and investigations working group was chaired by Dr Morris Tidball-Binz, the then Head of Forensic Services at the ICRC. Research was coordinated by Stuart Casey-Maslen with Thomas Probert and Toby Fisher. The advisory panel of legal, forensics, and investigative experts, which included members drawn from Africa, the Americas, Asia, the Middle East, Western and Central Europe, and Oceania, were asked to review the text at critical junctures and provide suggestions.

In May 2015, an initial government and public consultation was opened. At the end of July 2015, the two working groups convened in Geneva to consider the results of the initial consultation and to break down the initial work of revision. Drafts were prepared, internally reviewed, and collated during the second half of 2015, ready for consideration of the working groups, who would meet together again in Geneva the following year.

Meanwhile, the Special Rapporteur dedicated half of his thematic report to the General Assembly to the question of the use of forensics in investigations. When presenting that report in New York, he and the chairs of the two working groups presented on the revision process to a side-event organised for States and other stakeholders.

The working groups met again in February 2016 in Geneva to review the initial drafts of many of the different components of the revised text. During the course of these meetings, the OHCHR convened an open briefing for all States and other interested stakeholders; these enabled the Rapporteur and the chairs of the two working groups to respond to questions about both the process and the substance of the revision. Several State delegations raised pertinent questions, making clear their intention to engage fully with the upcoming second written consultation. 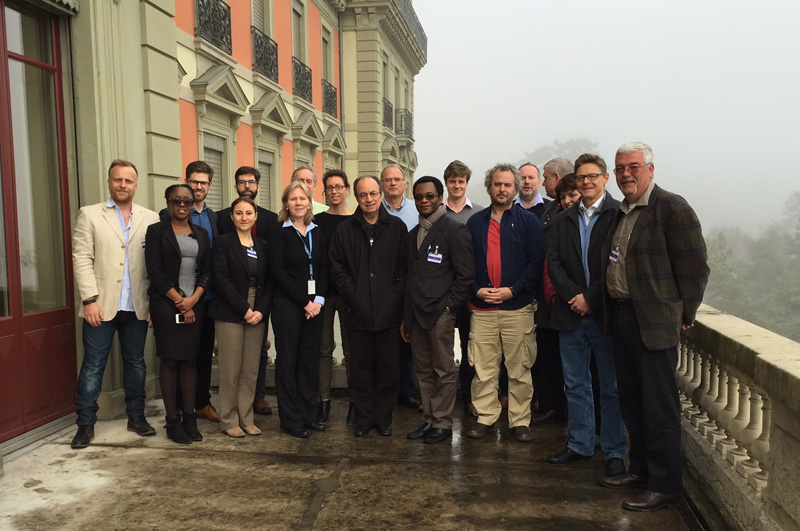 By April 2016, a full draft text was distributed to the Advisory Panel for comment and, upon further revision, published for a second stakeholder consultation which ran until early June. Again, responses from a range of different stakeholders, including States, civil society organisations, and practitioners, were considered in detail by the working groups and amendments made to the draft text following extensive working group discussion and Advisory Panel input.

The Special Rapporteur informed the Human Rights Council of the completion of the revision in June 2016. The text of the revised Protocol was presented to the UN High Commissioner on the last day of the Special Rapporteur’s mandate: 31 July 2016. After going through internal review and approval processes, OHCHR published the Minnesota Protocol the following year in English. The Spanish version followed in 2018. Translations into the other UN languages are underway.

Since its adoption the Minnesota Protocol has already had an impact in several parts of the world. For a selective sample, see here