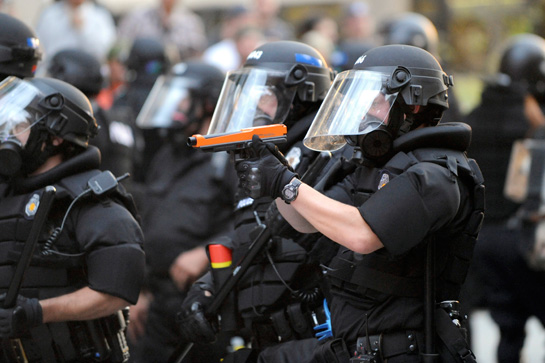 Research from the University of Pretoria’s Faculty of Law has become a global benchmark for a major US-based study on the police’s use of force in America.

In the wake of the deaths at the hand of the police of George Floyd, Laquan McDonald, Eric Garner, Michael Brown, Ahmaud Arbery, Tony McDade, Regis Korchinski-Paquet, Breonna Taylor and many others, the new study was released by the University of Chicago’s Law School.

The starting point of the study is what it identifies as “the three most important sources on police use of force in international law”. These are the UN’s 1979 Code of Conduct for the Police; the 1990 Basic Principles on the Use of Force; and the international standards as set out by UP’s Prof Christof Heyns in a 2014 report to the United Nations Human Rights Council. Heyns presented this report to the Council while he served as the special advisor to the United Nations on arbitrary killings.

In his 2014 UN Report, Prof Heyns had also recommended that the UN should adopt specific guidance on the use of less-lethal weapons, an underdeveloped area of international law, where the uncertainties often lead to abuse, injury and death especially in the context of demonstrations. The UN accepted his recommendation and Heyns – with some of his colleagues in the Faculty of Law - then headed the process to draft such guidelines. These guidelines set out the UN’s position of the use of batons, tear gas, pepper spray, Tasers and other less-lethal weapons, and has been widely used in dealing with recent demonstrations, for example in Chile , Georgia, Hong Kong, Iraq, and Jamaica. The advance edition was launched in 2019. The final version of the United Nations Human Rights Guidance on the Use of Less-Lethal Weapons will be released at the end of June.

The University of Chicago study, Deadly discretion: The Failure of Police Use of Force Policies to meet Fundamental International Human Rights Law and Standards, compares the policies of the 20 largest cities in the US with the norms set by international law and conducts an in-depth analysis of the policies and practices of the 20 police departments.

According to the study leader, Prof Claudia Flores, none of the police departments have a use-of-force policy that meets the international standards. Instead, in some cases, policies for example justify lethal use of force for “escaping suspects” or “fugitives” or generally for “self-defense” or “prevention of crime,” regardless of the threat posed to officers or civilians.

The study reveals that: “Ultimately, deep, structural reform of the United States’ law enforcement system is needed. The police in the United States kill more people than any of our peer nations. In a 24-day period in 2015, police in the United States shot more people than the police did in England and Wales in 24 years. By all measures, the current system is broken. As this Report demonstrates, the very laws and departmental policies that are meant to guide police officers on how to make the difficult, life and death decisions that are required of them, do not comply with human rights”.

The University of Chicago study draws extensively on a 2015 study by Amnesty International on the use of force by the police worldwide. The Amnesty International study also took as a central reference point the exposition of the international standards in the 2014 UN Report by Prof Heyns. In particular, they relied on the ‘protect life principle’ which according to Heyns ‘lies at the core of contemporary international law on police use of force – and the violation of which caused the tragedies we witnessed all too often in recent times.’

Ms Pumeza Matwa
This email address is being protected from spambots. You need JavaScript enabled to view it.