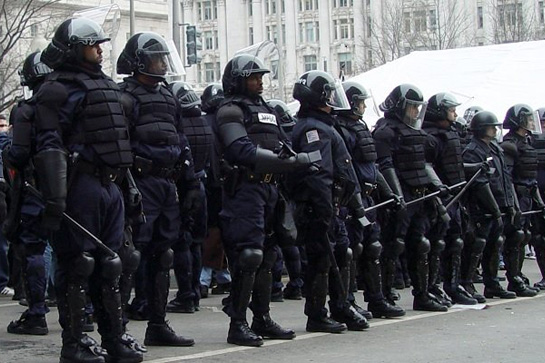 The United Nations in Geneva has released global standards on the use of force by the police worldwide. UN High Commissioner for Human Rights Michelle Bachelet welcomed the new United Nations Human Rights Guidance on the Use of Less-Lethal Weapons in Law Enforcement and urged all states to follow it.

The Guidance sets out the different kinds of weapons that are available to the police today, and identifies the conditions under which they may and may not be used. The High Commissioner thanked the University of Pretoria and the Geneva Academy and in particular Professor Christof Heyns, who teaches at both these institutions and lead the process of drafting the Guidance in collaboration with the UN Office of the High Commissioner for Human Rights.

Heyns proposed the drafting of such standards in a report to the UN Human Rights Council when he served as UN Special Rapporteur on arbitrary executions six years ago. According to Heyns: “After the abuses that came with the Arab Spring we all thought something must be done.” Three years ago a group of global experts – including members of the police, ballistics experts, and lawyers – was convened. They met regularly in Geneva to draft the standards, with Heyns chairing meetings. “We certainly hope this will make a difference, and we are getting reports that police forces and others are using it,” he said. “It is to be welcomed that the police in many countries today have weapons that are less lethal than firearms, but the potential for abuse is sometimes even greater, precisely because they are labelled less dangerous. And as we know too well, they still kill and wound people.”

The world has recently witnessed shocking examples of the excessive use of force by law enforcement officials in many countries. The deaths of George Floyd in the USA and Collins Khoza in South Africa are just the latest examples of a long line of such tragic events, for example during demonstrations, arrest, and enforcement of COVID-19 regulations. One in 25 violent deaths worldwide takes place at the hands of the police and, in many cases, this is exacerbated by racial bias.

Speaking during an urgent debate in the Human Rights Council on racism and excessive use of force in policing on 17 June, Bachelet, expressed her exasperation about the killings, saying, “Too little has changed over too many years.” She praised the new standards as a significant addition to the efforts of the UN to provide law-enforcement officials with guidance on the use of force. “The Guidence is concise and user-friendly, outlining international norms and standards on the use of less-lethal weapons in a scenario-based, weapon-specific manner.”

The advance version of the Guidance was made available last year, and has already been used widely by police forces and others globally, including in countries such as Chile, Jamaica, Iraq, and Russia and in South Africa in the Khoza judgement, in addition to the UN and the Red Cross.

Heyns, together with UP colleagues Professor Stuart Maslen and Dr Thomas Probert, also lead the drafting of the 2016 UN standards on the investigation of unlawful death, and he is currently leading the process in the UN Human Rights Committee to develop new comprehensive UN guidelines on how states should handle gatherings.