New publication by Stuart Casey-Maslen: The Treaty on the Prohibition of Nuclear Weapons: A Commentary 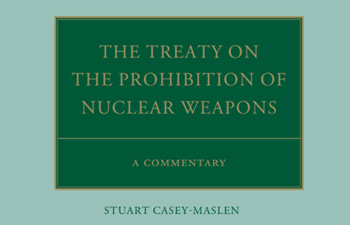