UN developing a restatement of legal rules on how demonstrations handled 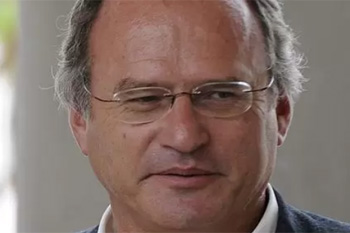 Pretoria - The UN is in the process of developing a restatement of the legal rules on how demonstrations are to be handled. Prof Christof Heyns from the University of Pretoria’s law faculty, who is also a member of the UN Human Rights Committee, has been appointed to lead this process.

“Demonstrations have become a worldwide phenomenon - from Hong Kong to Chile, to Paris, and Lebanon. That is how people express their grievances. In many cases human rights gains are made, as when former president Omar al-Bashir was deposed in Sudan. But in other countries human rights violations take place, as with the increased repression after the Arab Spring in countries like Egypt,” Heyns said.

Heyns is best known in the UN for his role as independent expert on unlawful killings - for six years - when he wrote seminal reports developing the legal framework related to armed drones and autonomous weapons, as well as the legal rules applicable to the use of force by police.

Working with a team of international experts, he re-wrote the manual on the investigation of homicide, which serves as the gold standard worldwide. He also led the process in the AU to draft its guidelines on the right to life.

Heyns was appointed by the UN Human Rights Committee to lead the process to draft guidelines on peaceful protest last year. The committee adopted a document setting out its draft guidelines a few weeks ago, and the final document should be out at the end of next year. UN member states have now been given three months to comment on the guidelines.

“There are elaborate rules on how to engage in war, including civil war, but very little on peaceful assemblies, though this has become for many the preferred method of resolving disputes. It is also a preferable way of resolving disputes, as lives and property are saved from destruction. This is the gap we are trying to fill,” Heyns told the Pretoria News after recently returning home from Geneva.

He said some of the questions which have to be addressed include whether people who want to engage in demonstrations are required to obtain authorisation, or can they merely give notice to this effect. Other pertinent questions are whether demonstrations can be undertaken on private property and whether protesters may wear face masks.

“Technology has changed the nature of demonstrations, as the so-called Twitter revolutions show. Are on-line campaigns, such as #MeToo, protected as an assembly? And to what extent may the authorities engage in surveillance and close down internet servers? Can drones be used to fire tear gas?,” he said.

Last month Heyns and his colleagues launched the new UN guidance on less lethal weapons in Geneva, which they developed with an international team of experts.

“This guidance fills a particularly important void. I have been urging the UN since 2014 to develop standards, and (at) last we got it done. We will also incorporate these guidelines into the new document on peaceful assemblies. I think of it as the emerging new field of the ‘law of peace’.

“We must have collected every court case, every law, on demonstrations in the world. We got comments on my first draft from more than 43 organisations that are experts in this field. I tried to incorporate as much as possible of this in the draft that we then used in the Committee.

“The 18 members of the Committee then sat, during a four-week session, going through every sentence, every paragraph, in three languages, to give comments, approve or ask for redrafts.”

Of particular importance to Heyns is the involvement of the global South.