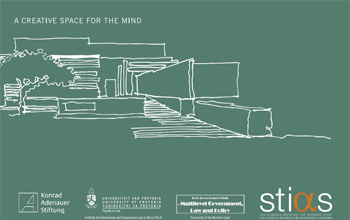 SASCA 2018 is jointly organised by

The theme for the SASCA 2018 seminar is Democracy, elections and constitutionalism in Africa.

Since the 1990s, multiparty elections have widely been regarded in Africa as the only way to constitute a legitimate democratic and accountable government. Multi-party elections have over the past three decades been held regularly in most African countries. In spite of this, the prospects of such multiparty elections forming the basis for entrenching a culture of democratic governance, constitutionalism and respect for the rule of law have diminished, particularly in the last few years. Whilst support for democracy is hardening, the democratic quality of elections has steadily declined. The recent harmonised elections in Zimbabwe have generally been described by most international election observers and election monitors as reasonably free and fair. The same was said of the 2017 presidential elections in Kenya until the courts shocked the international community by proving that this was not the case! The critical issue then is this: how can we stabilise the rocky African constitutionalism boat through the stormy seas of authoritarian revival and prevent the democratic recession spiralling into a depression? How can we design systems that will ensure that elections will be genuinely competitive and be a real contest between competing approaches to nation-building and not a contest between enemies. How can we reduce the cost of losing an election and encourage incumbents and opposition parties to accept defeat and continue to play by the rules of the democratic game?

In short, we need realistic and imaginative variations to existing designs that adequately take account of our present predicaments. Whilst there are no easy and obvious answers to this unfolding conundrum, it is an issue which needs to be seriously interrogated. Constitutionalism and democracy may not be working well today in Africa but there is no better alternative. The only other alternative is dictatorship or its modern African variant, competitive authoritarianism, but this will only take the continent back to the dark and ugly past. The seminar will therefore focus on a number of questions aimed at provoking fresh, critical and original thinking on how the present challenges can be overcome and genuine democracy, constitutionalism and the rule of law can become a living reality in Africa. The need for serious reconsideration of the nature and direction of Africa’s unsteady strides towards genuine democracy has become particularly urgent with the rise to power of Trump, Brexit, the neofascist and other populists governments in Italy and Eastern Europe, and the crisis of legitimacy in Latin America.

The call for papers opened in January 2018, and targeted African legal scholars, judges and legal practitioners from Africa as well as international scholars who have researched and published on the various issues raised in the call for papers. In the first round of the two-stage selection process, abstracts were called for on the various aspects of the seminar theme. The first round ended with invitations to submit draft papers to some of the authors of the abstracts. The second round of the process ended with the extension of final invitations to participate in the seminar, issued to the authors of approved draft papers.

Apart from sharing insights on the challenges faced by elections, democracy and constitutionalism in Africa today, the overall intention is to see what needs to be done to lift the continent from the present democratic doldrums. All the papers presented during the seminar will be peer-reviewed for publication in the fifth volume of the new series, Stellenbosch Handbooks in African Constitutional Law, to be published by Oxford University Press.