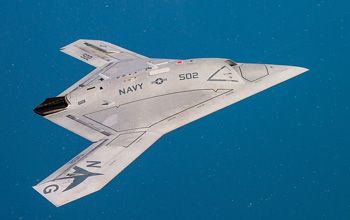 The resolution of the European Parliament underlies that lethal autonomous weapons have the potential to fundamentally change warfare by prompting an unprecedented and uncontrolled arms race. These weapons raise fundamental ethical issues as well questions about the implementation of international human rights law and international humanitarian law.

Prof Heyns put the issue of autonomous weapons on the United Nations agenda when he presented a report on the topic to the Human Rights Council in Geneva in 2013, in his capacity as UN Special Rapporteur on extrajudicial executions. He called for a moratorium on their development, based on the argument that fully autonomous weapons cannot be relied upon to meet requirements of the law of armed conflict such as proportionality, and robots cannot be held accountable for violations of the right to life. After this report was presented the other branches of the UN, including the disarmament agencies, took up the matter. Prof Heyns served as advisor to the main UN body engaged with the issue, the Convention on Conventional Weapons. He has subsequently published widely on drones and autonomous weapons in academic journals and presented lectures on the topic at major universities.

According to Prof Heyns: ‘It is obviously gratifying to see one’s research having an impact. At the same time, it should be recognized that we have a long way to go before there will be a complete ban, as I and many others have called for. This is an immensely complicated issue, involving on one hand the security concerns of the most powerful nations on earth, and on the other hand the question whether computers should hold the power of life and death over humans. Many have rightfully described this as one of the big issues of our time.’

The resolution was adopted with 566 votes in favour, 47 against and 73 abstentions.

It is available here