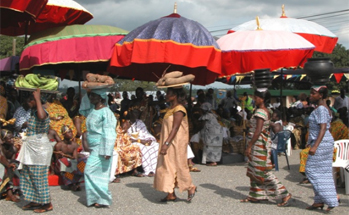 The Institute for International and Comparative Law in Africa (ICLA) of the Faculty of Law, University of Pretoria, in partnership with the Konrad Adenauer Stiftung Rule of Law Programme for Sub-Saharan Africa are organising a conference on the theme, “The rule of law in Sub-Saharan Africa: Promises, progress, pitfalls and prospects.” This will take place in Pretoria on 29 and 30 June 2017 at the University of Pretoria.

Serious efforts to entrench the rule of law in Africa came with the so-called third wave of democratisation in the 1990s. This democratic revival raised hopes of a new era of governance guided by the basic principles of constitutionalism, democracy, good governance, respect for human rights and respect for the rule of law. There were many promising signs that the dark days of repressive military or one-party dictatorships were gone. However, in the last decade there have emerged numerous ominous signs of an authoritarian resurgence. One of the clearest indications of this decline is with respect to the rule of law in Africa. In spite of an apparently stronger commitment by most Sub-Saharan African states to respecting the rule of law in their constitutions and through the signing and ratifying of international and regional instruments imposing this obligation, there is a steady decline in the respect for the rule of law.

For example, in the 2016 Ibrahim Index of African Governance Report, it is stated that although during the last decade, overall governance on the continent has improved, there has been a “pronounced and concerning drop in safety and rule of law, for which 33 out of the 54 African countries – home to almost two-thirds of the continent’s population – have experienced a decline since 2006, 15 of them quite substantially.” 1 The conclusions arrived at in the Ibrahim Index of African Governance is largely supported by other similar surveys such as Freedom House’s Freedom in the World Survey, World Justice Project Rule of Law Index, World Bank’s World Governance Indicators and Transparency International’s Corruption Perception Index. In fact, in the latest “Freedom in the World 2017,” Freedom House notes that of the11 countries in the world with the worst aggregate scores for political and civil liberties, six of them (Eritrea, South Sudan, Somalia, Sudan, Equatorial Guinea and Central African Republic) are from Sub-Saharan Africa! 2 In a poll jointly conducted by The New York Times and the Pew Global Attitudes Project in 2006, a majority of Africans polled in ten Sub-Saharan African countries indicated that they had been better off five years prior to the survey.3 Afrobarometer in its latest survey report on access to justice reveals that substantial barriers still inhibit citizens’ access to justice in most African countries. Whilst noting that countries differ greatly in the extent and quality of their citizens’ access to justice, it points out that even the best-performing states have substantial work to do before they can claim to meet the UN's Sustainable Development Goal 16 call for ‘access to justice for all’. It notes that South Africa, for example, which would be regarded as among the better performers, recorded a drop to 56% (from 69% 10 years ago) of trust in courts.4

In the light of such evidence, one can no longer be complacent about the dark clouds that are beginning to gather to imperil the little gains in terms of constitutionalism, democracy, good governance and respect for the rule of law that the “third wave” brought. Given the importance of rule of law as an instrument for promoting social, political, economic and social development, all of which are critical to peace and stability, the ominous decline in respect for the rule of law cannot be ignored. The two day conference aims to investigate, as concretely as possible, how some of the major challenges facing the rule of law in Sub-Saharan Africa can be overcome.

B. SCOPE OF THE DISCUSSION

The rule of law is a complex concept that is often traced to the English constitutional law scholar, Albert Venn Dicey. However, the modern concept has been influenced by the German Rechtsstaat , French Etat de droit as well as developments in international law. Although the concept is frequently referred to not only in legal and political literature but most often appears in newspapers and in political speeches, there is no generally accepted definition. Nevertheless, there is universal consensus that the rule of law is one of the most important safeguards against arbitrary and capricious governance and abuse of power and serves to enforce limitations on the power of the state and all its institutions of government. In short, it is a critically important bulwark against dictatorship. It can be argued that the rule of law crisis is at the very heart of many of Sub-Saharan Africa’s present development challenges viz, insecurity, poverty, unemployment, corruption etc.

What is now widely accepted as a modern conceptualisation of the rule of law was formulated by the UN Secretary General in 2004. He defines the rule of law as “a principle of governance in which all persons, institutions and entities, public and private, including the state itself, are accountable to laws that are publicly promulgated, equally enforced and independently adjudicated, and which are consistent with international human rights norms and standards.” He also points out that as a principle, “it requires, as well, measures to ensure adherence to the principles of supremacy of law, equality before the law, accountability to the law, fairness of the law, separation of powers, participation in decision-making, legal certainty, avoidance of arbitrariness and procedural and legal transparency.” 5 In spite of difference of opinion over its precise definition and nature, there is reasonable consensus that the core elements of the rule of law consist of the following:

i) The principle of legality which includes the requirement of a transparent, accountable and democratic process for enacting laws;

ii) The principle of non-discrimination and equality before the law which means that government and its officials and agents as well as individuals and private entities are accountable under the law.

iii) Legal certainty and prohibition of arbitrariness, which requires that laws are clear, publicised, stable, and just, are applied evenly, and protect fundamental rights, including the security of persons and property.

iv) The process by which the laws are enacted, administered, and enforced is accessible, fair and efficient.

v) Justice is delivered in a timely manner by competent, ethical, and independent representatives and neutrals who are of sufficient number, have adequate resources, and reflect the makeup of the communities they serve.
vi) Respect for human rights. 6

This list of core elements is neither exhaustive, final nor valid for all times but represents a global ideal and aspiration whose application is inevitably affected by each country’s constitutional and legal tradition. Nevertheless, respect for the rule of law requires conformity to certain international standards, especially with respect to human rights.

Levels of respect for the rule of law in Sub-Saharan Africa vary from country to country. Some countries have performed well in all or some of the core elements identified above either consistently or intermittently. Others have not. Respect for the rule of law entails respect for international standards of rule of law. At the international level, instruments such as the International Covenant on Civil and Political Rights, the International Covenant on Economic, Social and Cultural Rights was well as the Universal Declaration of Human Rights have laid down standards which have been copied in many countries in Sub-Saharan Africa. Regional and sub-regional instruments have been particularly important. In this respect, the AU through its Constitutive Act, the African Charter on Human and Peoples’ Rights and the African Charter on Democracy, Elections and Governance have laid down important benchmarks on respect for the rule of law.

As noted above, the rule of law is a very broad concept whose importance as a bulwark against insecurity, poverty, capricious and arbitrary government is not in doubt. The conference will focus on a number of urgent rule of law issues which currently face challenges in Sub-Saharan Africa. The main ones are:

1. Monitoring and enforcing the rule of law in Africa

2. The rule of law and democracy

The rule of law is the bedrock on which democracy and democratic practices are supposed to be anchored. Although democracy in one form or another is well established through the regular holding of multiparty elections, in Sub-Saharan Africa, there are many signs of creeping authoritarianism. This is so, not only in countries with a good record on democracy, such as Botswana and South Africa but also in those countries which have used democracy as a charade behind which to dissimulate their despotism such as Cameroon and Zimbabwe. Increasingly, there are many instances where democracy has been used to distort and undermine the rule of law. How can we ensure that democracy and democratic practices are used to promote the rule of law?

Although access to justice has long been regarded as one of the important cornerstones of democracy, good governance and effective and equitable development, it remains a luxury to many ordinary citizens in Sub-Saharan Africa. What are the root cause of the challenges of access to justice and what can be done to overcome these? How can prosecution services be made more effective? What role can customary courts play to address some of the current problems of access to justice?

4. The rule of law, discriminatory practices and social inequalities

Minorities – racial, religious, ethnic or others such as foreigners have become targets as the rule of law is disregarded. How can these issues be addressed?

5. The rule of law and surveillance

One of the greatest threats posed to democracy and respect for the rule of law today is the misuse of personal data and the illegal use or misuse of information collected legally or illegally through surveillance. Most of the abuses have been associated with the fight against terrorism, which has been used as a pretext for frequent flagrant violations of human rights and clamping down on legitimate opposition activities. What are the main issues that have arisen and what safeguards can be taken at national and international (regional and sub-regional) level?

6. Other challenges to the rule of law

There are numerous other actions and decisions that could have a negative impact on the rule of law. How can these be dealt with?

D. INFORMATION ON THE SUBMISSION OF ABSTRACTS

We hereby invite all scholars and other persons interested in research in this area to submit a proposal on any of the sub-themes indicated above. The proposal should include:

On acceptance of an abstract by the organisers, the author will be invited to submit a draft paper by 20 May 2017 on the basis of which a final invitation to the conference will be extended. Because of the potential delays involved in applying for and obtaining visas, the deadlines indicated must be strictly adhered to.

All authors whose papers are accepted will be provided with a return economy class air ticket, and board and lodging in Pretoria for the duration of the seminar. In addition to this, a small token honorarium will be paid to paper presenters.

Please, kindly distribute this call for papers as widely as possible to all colleagues in your faculty as well as to other interested persons such as legal practitioners and judges.