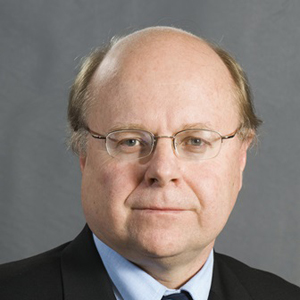 Prof Niek Grové returned to the Faculty of Law in January 2018 after serving as Registrar of the University of Pretoria for 18 years.

He formally retired at the end of 2020. He was re-appointed on a post-retirement contract as the Director of the Insurance Law and Governance Unit (ILGU) until 2022. ILGU is partly funded by the Ubuntu Botho Community Development Trust.

He is a member of the Department of Mercantile Law.

He obtained a BA degree at the University of Pretoria in 1976 with Roman-Dutch Law and Afrikaans. Subsequently, he obtained the LLB degree in 1978 and an LLM degree in 1985, also at UP. He received the LLD degree in 1989 at the former Rand Afrikaans University (now UJ) with a thesis on Consumer Credit Law with the title "Gemeenregtelik en Statutêre Beheer oor Woekerrente" under the supervision of Prof J M Otto. In 1997 he qualified as Mediator at the Arbitration Foundation of South Africa (AFSA).

Since 1 March 2000, he served as Registrar of the University of Pretoria and member of the University Executive. He stood down as Registrar at the end of 2017. During his tenure as Registrar, he was responsible for the following portfolios: The Office of the Registrar (including Institutional Governance and the Secretariat), Legal Services, UP Archives and intermittently for Internal Audit, Information Governance, Academic Administration and the Client Service Centre (which were later restructured as the Department of Enrolment and Student Administration), TuksSport, Facilities Management, Security Services, Residence Affairs and Accommodation and Employee Relations.

In addition to his duties as a member of the Executive of the University of Pretoria, he served as Director of campus companies such as TuksSport (Pty) Ltd, TS Soccer (Pty) Ltd, the TuksSport Study Centre and as trustee of the Eduardo Villa Trust and the Javett Arts Centre Foundation. He is also a trustee of the UP Pension and Provident Funds.

His field of expertise is Contract Law and Consumer Credit Law.

He was the acting assistant editor of the Tydskrif vir Hedendaagse Romeins-Hollandse Reg in 1985.

He served as Chairman of the Law Faculty's Research Committee from 1997 to 2000.

He served as Co-chairperson of the Broad Transformation Forum (BTF) at UP, which played a significant role in transforming the university's governance structures (from 1997 until its dissolution in 1999).

He developed a programme for a postgraduate diploma in Dispute Resolution in cooperation with AFSA (1998). The first presentation of the programme took place in Johannesburg during 1998/1999.

He drafted the UP Statute as required in terms of the Higher Education Act, 1997 and accompanying documents during his last years at the Faculty (1999-2000).

He was Chairperson of the Legal Advisory Committee of USAf (Universities South Africa, formerly known as Higher Education South Africa) for several years.

During his tenure as Professor in the Faculty of Law, he published in the region of 50 articles in recognised law journals and contributed to several textbooks and workbooks. These include the following:

As Registrar of the University of Pretoria he regularly presented papers at the Registrar’s Forum and various other fora on higher education matters.

From 1996 until 2009, he served as Chairperson of the Iemas Board, the country's largest trade co-operative. He served as a non-executive director of MiWay Insurance Limited from 2008 to 2017.

He was a founding member of the Hatfield City Improvement District (CID).

He is currently a member of the Higher Education Quality Committee and a Ministerial appointee on the Mangosuthu University Council. He is the Chairperson of the Accreditation Committee of the Council for Higher Education.

He is a Director of the Blue Bulls Company (Pty) Ltd – a professional rugby franchise.