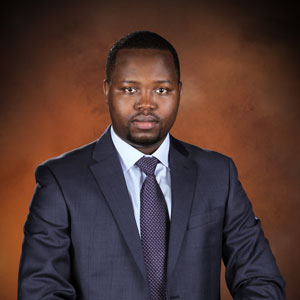 Dr. Thompson Chengeta studied law at Harvard Law School (LLM), University of Pretoria (LLD & LLM) and Midlands State University (LLB). Thompson is a non-resident fellow at the Institute of International and Comparative Law in Africa, University of Pretoria. Currently, he is a European Research Council Fellow on Drone Violence and Artificial Intelligence Ethics. Based at the University of Southampton, Thompson undertakes research and project-related leadership of Work Package 5 on autonomous weapon systems. Work Package 5 is part of the research project on “Emergent Ethics of Drone Violence: Toward a Comprehensive Governance Framework (DRONETHICS)” led by Professor Christian Enemark and funded through the European Research Council (ERC) Horizon 2020 Consolidator Grant scheme.

Thompson is an Executive Board Member of the Foundation for Responsible Robotics (FRR) where he focuses on responsible regulation of robotics and AI as  the final pillar in making use of rapidly advancing technology in an ethical manner. In this mission, effective regulation is not aimed at restricting the use of robots, but ensuring that the way they are implemented in society is done with due regard to human rights and does not create or amplify social injustice. It also means facilitating the ethical use of technology through proactive and cross-sector policy, rather than attempting to impose regulations after the technology has been released and put to use.