Two years in the making, rights experts say what protesters can do - and can’t 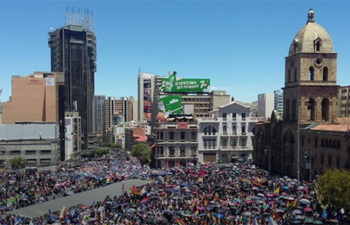 It’s widely accepted that peaceful protests are a key tool in democratic societies that allow people to put issues on the public agenda. But what is legal – and what is illegal – when it comes to demonstrations around the world? Can you wear a mask, for example?

That’s a question for Christof Heyns, who led discussions on the issue for the UN Human Rights Committee, with Member States and NGOs.

In an interview with UN News’s Daniel Johnson, veteran rights expert Professor Heyns explains what the UN panel’s advice is for protesters - and Governments - according to its just-released General Comment on the right to freedom of assembly.