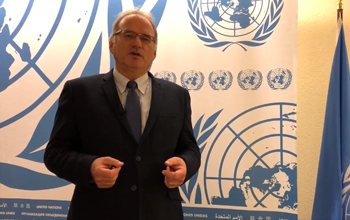 The Seminar was coordinated by Her Excellency Sabine Böhlke-Möller, Ambassador of the Permanent Mission of Namibia and Dr Thompson Chengeta from the South African Research Chair in International Law. The AU Seminar was held in preparation for the upcoming session of the Group of Governmental Experts (GGE) working on the issue of Lethal Autonomous Weapon Systems in the framework of the United Nations Convention on Conventional Weapons. The GGE session is scheduled for 8-13 April 2018.