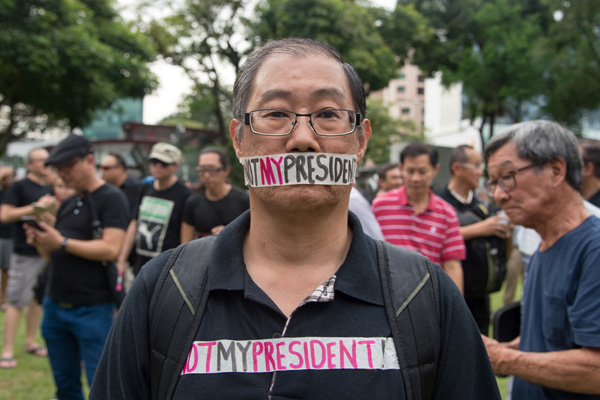 The Human Rights Committee’s Draft General Comment 37 on freedom of assembly is an important contribution to the protection of a right that is very much under threat these days. The Committee has long been conscious of the need to address Article 21 of the International Covenant on Civil and Political Rights (ICCPR). The Rapporteur’s initial version and the Committee’s first reading Draft are an excellent start. Now that the Draft is open for comment, it is to be hoped that states and other stakeholders will provide useful input, particularly on practical issues about reconciling the right of peaceful assembly with the rights of others.

General Comments are the Human Rights Committee’s most valuable and authoritative pronouncements, because they spell out in direct and concentrated form the Committee’s understanding of state obligations under the ICCPR. General Comments often include passages that clearly intend to provide the Committee’s interpretation of what the Covenant requires, but also passages that recommend best practices for achieving compliance with such obligations. The difference is sometimes marked by use of the verb “must” rather than the verb “should.” A “must” indicates legal obligation, while “should” is more ambiguous and often indicates a softer recommendation.

The Human Rights Committee, composed principally of lawyers, writes its own General Comments, unlike the occasional practice of some other treaty bodies that have relied more on outsiders. Usually, General Comments provide a synthesis or progressive codification of the Committee’s interpretation of a substantive article of the ICCPR, based primarily on its past experience acquired in reviewing state reports and deciding communications. But on other occasions, a General Comment, or a portion of a General Comment, is deliberated largely from scratch.

Sources of authority: Committee’s own work and other bodies

The Committee’s experience with individual communications about violations of the right of peaceful assembly is fairly limited. Most of the cases involve states like Belarus, which are openly hostile to dissident assemblies. When limitations on assembly are challenged, Belarus generally offers perfunctory justifications for applying its positive law, or does not respond to the merits at all. Cases of this kind provide little opportunity for exploring subtle issues, for example, about how states should accommodate the right of assembly with the rights of others.

Thus, the reason why the Draft is so much longer than the General Comment on the kindred topic of freedom of expression is not because the Committee had dealt with assembly more deeply in the past. Which bring us to the question of footnotes — some paragraphs of the Draft have no footnotes, but others identify their sources as outside the Committee’s own work product. The footnotes invoke regional human rights institutions and global soft law. The regional references are primarily to OSCE soft law and the judgments of the European Court of Human Rights.

Now, before saying more about the footnotes, I should repeat that the Draft General Comment is only a draft. Perhaps the footnotes are not intended to survive into the final version of the General Comment, but only to show participants (initially the other Committee members, and later the states and other stakeholders) where the inspiration for the propositions stated in the Draft was found, in order to facilitate fully informed deliberation. But maybe not.

My main concern here relates to the regional footnotes, predominantly European. This Draft is not the first time that a General Comment cited regional case law. Its immediate predecessor, General Comment 36 on the right to life, has that distinction, and kept them in its final version. Until then, the Committee had avoided citing regional judgments in its General Comments. (The current Draft also goes even further, citing two judgments of national courts, which opens up a range of other problems.)

Apparently some Committee members have criticized the current Draft for relying on European regional sources more than other regions. I would not recommend balancing the appearances by adding more footnotes that rely solely on Inter-American or African practices. The objection need not relate only to neo-colonialism. I would say that sole reliance on any single regional court as authority is a risky practice. A single judgment may be more suited to conditions in its region than to conditions prevailing elsewhere; it may be an error that should not be followed, even for its region; and the Committee ought to demonstrate its commitment to conscientiously interpreting its own global Covenant.[1]

Turning to substance, one example in which the Draft does seem to reject the position of the European Court of Human Rights concerns authorization regimes. Paragraph 84 of the Draft questions the compatibility of authorization systems (where individuals must request a permit for an assembly) with the nature of the right, in contrast with notification systems (where individuals must merely notify the authorities in advance if possible). The European Court has left room for either option, while hedging the authorization procedure with limitations on discretion and requirements of effective judicial review, and exempting “spontaneous” assemblies responding to sudden events from both authorization and notification.

In this connection, and more generally, one could ask how much the Committee is seeking to articulate interpretations calculated to protect demonstrations in states that are opposed to the very right to assemble, and how much it is seeking to articulate interpretations that provide guidance to states that are friendly to the right but that need to handle the consequences of large gatherings of people in public space. One might also ask whether the Committee is drawing the right line between state obligations and best practices.

For a sincerely democratic government, the physicality of assemblies raises two major issues: First, even peacefully intended assemblies present risks of physical injury to persons and physical damage to property. Second, assemblies of substantial size make claims on the use of public space that have to be reconciled with the rights of others to use the same space.

From this perspective, the Draft may be overly restrictive of well-intentioned state efforts to reconcile competing uses of major city streets. Paragraph 26 asserts that states are obliged not to restrict peaceful assemblies “without compelling justification.” The adjective “compelling” may not hold a precise technical meaning for the Committee, but the practical inconveniences involved in space allocation decisions are probably not what would be considered “compelling” in the context of respecting other rights. And if I am mistaken about that, it would be helpful for the final version to provide clearer guidance.

Meanwhile, one could ask: is physicality a necessary element of the right to peaceful assembly? Some Committee members urged that the General Comment should extend Article 21 from gatherings of people in physical space to online gatherings in virtual space (cf. Paragraph 15). The ramifications of this proposal rightly produced hesitancy in Professor Heyns as Rapporteur. It would not be exceptional for the Human Rights Committee to avoid closing the door on a future development of that kind, but further thought is needed before the Committee concludes that Article 21 is the proper home for this topic, and much more work is needed before the Committee could articulate rules that govern state behavior in regulating an “assembly” that takes place entirely online. No doubt general principles of proportionality and nondiscrimination (or prohibition of certain kinds of discrimination) would apply to regulation of an online “assembly,” but other detailed rules and best practices should not be transferred without careful examination to the virtual context. Analysis would require more study and deliberation than the Committee could accomplish in the year 2020, and the Committee should not be afraid to adopt a General Comment that explicitly leaves an important future dimension of its subject open.

On this and other points, perhaps the Committee’s final version will be content with less.

Image: A man takes part in a protest against the walkover victory of Halimah Yacob as Singapore’s President at Hong Lim Park in Singapore on September 16, 2017. Hundreds of Singaporeans angered by the walkover victory of its first female president gathered in a downtown park on September 16 for a “silent sit-in” in a rare political protest denouncing the lack of an election. (Toh Ting Wei /AFP/Getty Images)