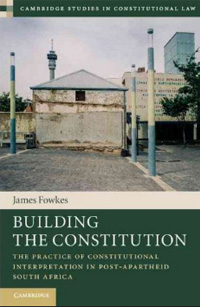 his revisionary perspective on South Africa's celebrated Constitutional Court draws on historical and empirical sources alongside conventional legal analysis to show how support from the African National Congress (ANC) government and other political actors has underpinned the Court's landmark cases, which are often applauded too narrowly as merely judicial achievements. Standard accounts see the Court as overseer of a negotiated constitutional compromise and as the looked-to guardian of that constitution against the rising threat of the ANC.

However, in reality South African successes have been built on broader and more admirable constitutional politics to a degree no previous account has described or acknowledged. The Court has responded to this context with a substantially consistent but widely misunderstood pattern of deference and intervention. Although a work in progress, this institutional self-understanding represents a powerful effort by an emerging court, as one constitutionally serious actor among others, to build a constitution.