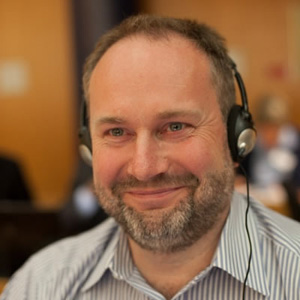 Stuart is honorary professor of international law in the Faculty of Law. He teaches the law of armed conflict, international human rights law, disarmament law, jus ad bellum, counterterrorism law, the sources of public international law, and the protection of civilians.

He previously served as Head of Research of the Geneva Academy of International Humanitarian Law and Human Rights. He has also worked for the International Committee of the Red Cross, UNICEF, and the Office of the UN High Commissioner for Human Rights in Geneva.

During 2021, Stuart taught in the Human Rights and Democratisation in Africa master’s programme. In 2022, he is teaching a course on “international crime and punishment” at the Paris Institute of Political Studies (Sciences-Po).

Areas of interest: The use of force, counterterrorism, and protection of civilians under international law

“The Convention on the Prohibition of the Use, Stockpiling, Production, and Transfer of Anti-Personnel Mines and on their Destruction”, Chap. 25 in E. P. J. Myjer and T. Marauhn (eds.), Research Handbook on International Arms Control Law, Edward Elgar, forthcoming (2022).

Published during the last five years

The Right to Life under International Law: An Interpretive Manual, Cambridge University Press, Cambridge, September 2021 (with Foreword by Professor Heyns)

Jus ad Bellum: The Law on Inter-State Use of Force, Hart, Oxford, 2020

The Treaty on the Prohibition of Nuclear Weapons: A Commentary, Oxford University Press, Oxford, 2019.

Hague Law Interpreted: The Conduct of Hostilities under the Law of Armed Conflict, Hart, Oxford, 2018 (with Steven Haines).

‘Use of Nuclear Weapons and Human Rights’, International Review of the Red Cross, 2016.

Fikire Tinsae Birhane is proposing a study of the right to life of children in non-State armed groups.

Bayode Ajo-Ojo is studying the ratification and domestic incorporation of the prohibition of torture in Nigeria.