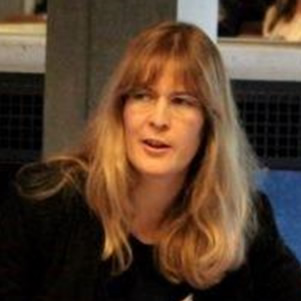 Dr Hailbronner is a Humboldt Research Fellow at ICLA, where she researches the role of courts in transformative legal systems, particularly in the Global South. She holds two German Law Degrees (Freiburg 2007, Berlin 2009) and an LL.M. (2010) and J.S.D. (2013) from Yale Law School, for which she was awarded grants by the Zempelin Foundation, the DAAD and the German National Merit Foundation. In her doctoral thesis, which was supervised by Bruce Ackerman and will be published by Oxford University Press under the title “Traditions and Transformations: The Rise of German Constitutionalism”, she develops an explanatory account of the German Constitutional Court’s strong authority and its particular style of jurisprudence as it has emerged over the last sixty years. For her article in the International Journal of Constitutional Law “Rethinking the rise of the German Constitutional Court: From anti-Nazism to value formalism”, she was awarded the inaugural ICON best paper award of 2014.

Before joining ICLA, Dr. Hailbronner was a Senior Research Fellow at the Max Planck Institute for Comparative Public and International Law in Heidelberg, a law clerk in the German Foreign Office and the Federal Department for Economic Cooperation and Development and taught Constitutional Law at Humboldt University.