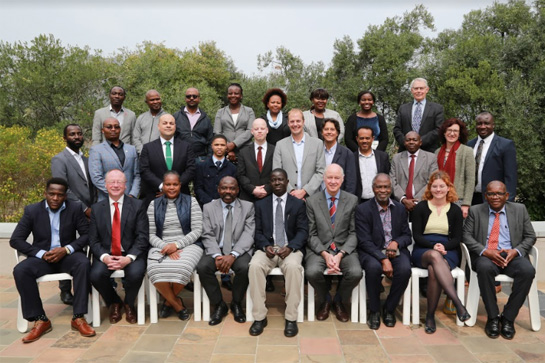 The Stellenbosch Annual Seminar on Constitutionalism in Africa now often referred to under the acronym, SASCA, is an annual series of seminars jointly organised by Stellenbosch Institute for Advance Study (STIAS) and the Institute for International and Comparative Law in Africa (ICLA) of the Faculty of Law, University of Pretoria. The foundation seminar took place in September 2013. In 2016, the South African Research Chair (SARChI) on Multilevel Government, Law and Policy at Dullah Omar Institute, University of the Western Cape, and the Konrad Adenauer Stiftung (KAS) Rule of Law Programme for Sub-Saharan Africa, based in Kenya, joined in as organising partners. The seminars usually bring together legal practitioners, judges, active constitution-builders, legal scholars, research students and researchers from Africa as well as some from America and Europe.
The overriding objective of the project is to contribute ideas that could help in the promotion and deepening of constitutionalism in Africa. In doing so, the main focus of the seminars have been to:

One of the most important objectives of the series, that of filling the huge knowledge gap in the existing literature on comparative African constitutional law as well as point to directions for future research has been achieved through the start of a new series called Stellenbosch Handbooks in African Constitutional Law published by Oxford University Press (OUP). The first book in the series, Separation of Powers in African Constitutionalism came out in early March 2016 and was launched at the University of Melbourne in April 2016. It was recognition of the importance that this series will bring to scholarship that the launch was sponsored by the University of Melbourne and the International Association of Constitutional Law.

The series has started an intra-African dialogue between the different constitutional traditions that will enable them to share ideas, learn from each other and hopefully develop principles and practices that are more adapted to the African environment and its reality.