1. Thematic Report: "Protecting the right to life in the context of policing assemblies" (A/HRC/17/28) 2011
Further developments

2. General Assembly Report: The protection of life in the context of arrest (A/66/330) 2011
Further developments

The panel consisted of: 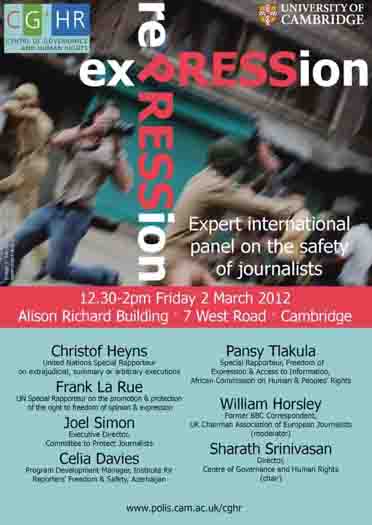 Pan-African Conference on Safety of Journalists and Issue of Impunity kicks off with a call for safe and free environment for African journalists
Place: Addis Ababa

4. General Assembly Report: Restrictions on the death penalty (A/67/275) 2012
Harvard: Death Penalty, Hanging by a Thread? 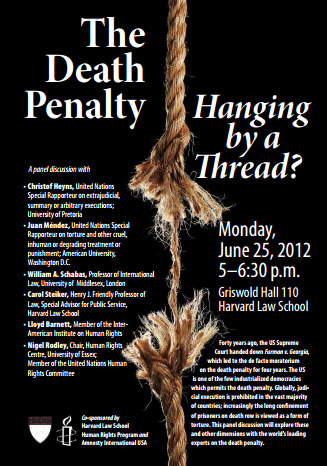 The expert meeting for this report was held at Harvard Law School on June 25 2012 as a joint venture amongst others with Juan Mendéz, Special Rapporteur on torture and other cruel, inhuman or degrading treatment or punishment, and William Schabas from University of London. Heyns and Mendez presented their reports in parallel to the General Assembly.

5. Thematic Report: "Lethal autonomous robotics and the protection of life" (A/HRC/23/47) 2014
The expert meeting for this report was held at the European University Institute, Florance, Italy, on the consequences for the right to life of the emergence of Lethal Autonomous Robotics (LARs). The experts includes people who work in the areas of law, robotics, computer science, artificial intelligence, psychology, and national security, and they represent academia, the military, governments, intergovernmental organisations and civil society.

Dapo Akande, co-director of the Oxford Martin Programme on Human Rights for Future Generations, chaired the meeting with UN special rapporteurs Christof Heyns and Ben Emmerson QC. The workshop was attended by more than 20 academics, members of civil society and the International Committee of the Red Cross.

Titled ‘Targeted Killings, Drones and the Right to Life’, it looked at the interaction between the right to life as enshrined in international human rights law, laws on targeted strikes during armed conflict, and the right of states to act in self-defence against non-state parties under international laws on the use of force.

8.Thematic Report: "Use of information and communications technologies to secure the right to life" (A/HRC/29/37) 2015 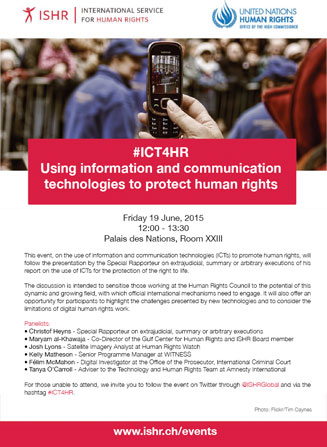