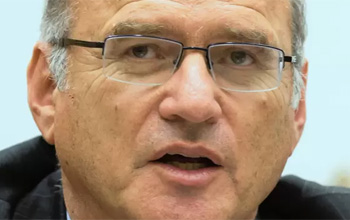 Cape Town – The Commission on Human and Peoples’ Rights has appointed the University of Pretoria’s Professor Christof Heyns and some of his colleagues in the Faculty of Law to assist with a continent-wide comparative study on the use of force by law enforcement officials.

They are tasked with collecting all the applicable laws and collaborating with the commission to study how the use of force by law enforcement is dealt with in Africa in the context of the protection of the right to life and UN Sustainable Development Goal (SDG) 16.

The commission is the human rights body of the African Union (AU).

Heyns and his colleagues have been collecting the laws of every country in the world concerning the use of force by law-enforcement officials, and they will draw on this collection and supplement it for the AU study.

Heyns said the study came from before the Covid-19 outbreak and allegations of police brutality and heavy-handed tactics.

“The study deals with the authority of the police to use force in general. Worldwide, the domestic legal standards on the use of force often differ greatly from the international law ones.

"This is also true in Africa, so we will be looking at the current standards in African states as background research. It will then be up to the commission to see if there are opportunities to bring it more in line.”

Based on this work, during the next two years they will explore with the working group and other mechanisms of the commission how to engage with African states on the matter.

Heyns is a member of the Commission’s Working Group on the Death Penalty, Extra-Judicial, Summary or Arbitrary Killings and Enforced Disappearances in Africa, and has served as the UN’s special rapporteur on extra judicial executions.

Together with the team of researchers in the faculty’s Institute for International and Comparative Law in Africa on the topic of “Freedom from Violence”, Heyns helped draft the commission’s General Comment on the Right to Life in 2015.