Press release: UP Law students judged number 40 in the world 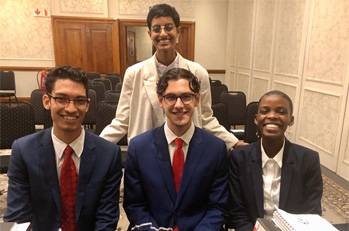 A team of students from the Faculty of Law of the University of Pretoria represented South Africa at the prestigious global rounds of the Jessup International Moot Court Competition that are held in Washington D.C. in April every year. The top law faculties in the world participate every year, and in 2020 more than 700 lined up to show their mettle in what is widely seen as the world championship of law schools.

The Corona Virus eventually made it impossible for the organisers to host the oral rounds, but the competition went ahead in written form. The team from Pretoria’s memorials were good enough to earn them the 40 th place in the world.

The Dean of Law, Prof Elsabe Schoeman, has said the Faculty is very proud of their students. ‘Number one in the country is very  good, and number 40 in the world is a great confirmation of the talent that we attract – and of the hard work of our students, who were here right through the December holidays. ’

The Faculty of Law has a long and outstanding record of excellence at the Jessup Competition. UP has represented South Africa in Washington D.C. 16 times during the last 27 years. In 1999, the Faculty came second in the world, and in 2018 came in at position number five. ‘We plan to win this competition’, says Prof Schoeman.

The 2020 team consisted of Kyle Cloete (BA Law III),  Kiranteba Coetzee (LLB III) and Dunga Mashilo ( BComm Law II), with Sohela Surajpal, a masters’ student in human rights and a former Jessup participant herself, as the coach. According to Ms Surajpal: ‘The team this year was relatively young and inexperienced. Masters students from universities like Harvard compete in the Jessup. For a group of second and third years to rank top 40 in the world is testament to the hard work, talent and incredible legal skills that the team possesses. The support of UP’s faculty and mooting society has been invaluable.’

The guardian of the Jessup in the Faculty is Prof Christof Heyns, who is also involved in ensuring that more faculties in the country participate. According to him: ‘Over the last couple of years only  few law faculties in the country participated in the South African rounds of the Jessup, because it is so expensive to go to the final in the US. Inevitably those were the traditionally white universities. We are very happy that, working with the law deans of the country, we were able to get the global firm White and Case to sponsor participation by all law faculties in the country in the South African rounds, and to sponsor the winning team to go to the US, as from this year. They also organise the South African rounds, so there is no doubt about the impartiality of selecting the team that goes to Washington D.C. This a major boost for international law in our country.’ 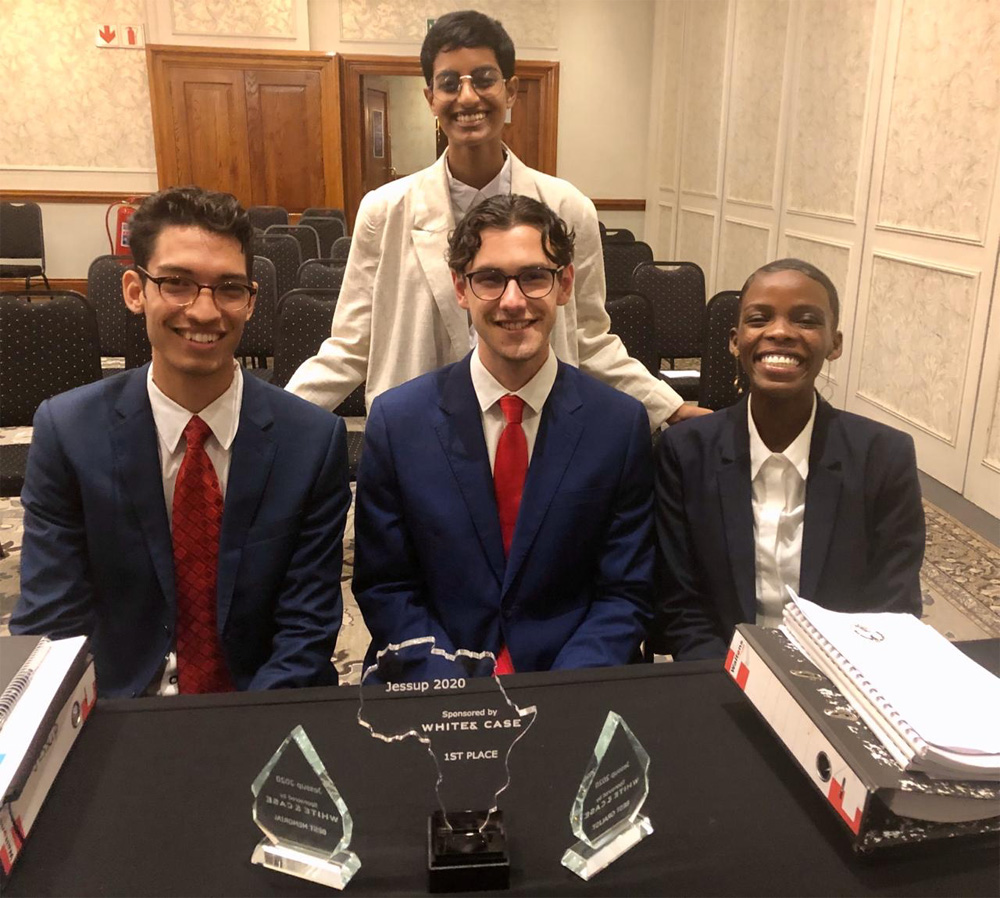 The 2020 UP Law team that represented South Africa at the Jessup Competition. At the back Sohela Surajpal, coach, and in the front team members Kyle Cloete (BA Law III), Kiranteba Coetzee (LLB III) and Dunga Mashilo ( BComm Law II).

For more information please contact This email address is being protected from spambots. You need JavaScript enabled to view it.