U.N. Human Rights Committee General Comment No. 37 on Freedom of Assembly: An Excellent and Timely Contribution 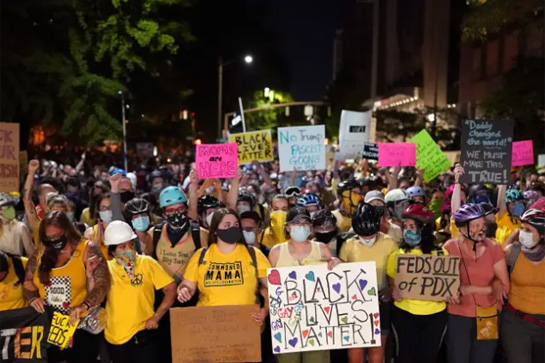 General Comment No. 37 by the U.N. Human Rights Committee, the treaty body monitoring compliance with the International Covenant on Civil and Political Rights (ICCPR), was released on Wednesday, July 29. As usual, the General Comment is an interpretive document related to one of the human rights covered by the Covenant, in this case the right to freedom of assembly, ICCPR Article 21. Other treaty bodies acting under different U.N. human rights treaties also issue General Comments or General Recommendations, but amongst them, the Human Rights Committee is most faithful to the idea of crafting its General Comments in the form of interpretive commentary of the treaty obligations, flowing from a binding treaty provision while at the same time evolving through institutionalized practices of interpretation. For its General Comments, the Committee primarily relies on its own practice related to the examination of periodic reports by governments or to the quasi-judicial adjudication of complaints by individuals. Increasingly, it also has drawn on a greater variety of sources.

The aim of this article is to place the new General Comment in the broader framework of international human rights law, its development and its doctrines. The following observations are not intended as a comprehensive legal commentary of the General Comment – the document itself constitutes a fairly concise legal commentary on Article 21 – nor as an insider story about how and why the General Comment emerged. What follows is instead a set of observations and comments related to the topicality, adequacy, importance, and consequences of the new General Comment, informed by the author’s experience of having been member of the Human Rights Committee some twenty years ago (1997-2004, to be precise) and during that time serving as the Committee’s rapporteur on one General Comment (No. 29 on derogations during a state of emergency).

First, it is worth noting that the Committee’s rapporteur – i.e., the main drafter of General Comment No. 37 – was Christof Heyns. Individuals matter in the development of human rights law. Heyns’ professional background on the African continent; the trajectory of his academic work in South Africa, the US and the UK; and his U.N. experience as Special Rapporteur on extrajudicial, summary or arbitrary executions have greatly facilitated the production of a General Comment that is comprehensive in its scope, informed, insightful, topical, and steadfastly correct as a matter of law.

Heyns has also been magnanimous, for example, writing the opening article for a series on Just Security that elicited a range of constructive feedback on the Committee’s working draft of General Comment 37. Having participated in that series, my praise today is even more significant in light of my more critical comments on the draft back then. Heyns is a model of intellectual and professional engagement that other drafters, across the UN treaty bodies, would be well-advised to emulate.

This General Comment is remarkably timely. It comes at a time where massive protests around the world – some of which have turned violent – and excessive use of force by law enforcement authorities coincide with an unprecedented global pandemic. The General Comment makes a principled and sound contribution by showing that human rights law has answers for anyone who is interested in hearing how the genuinely difficult dilemmas can be resolved.

The General Comment clarifies the status of numerous publicly contested facets of the right to protest in the complex contemporary environment: Yes, the right of protest is protected (para. 6). No, the fact that agents provocateurs or some other individuals resort to violence does not justify the banning of all demonstrations or an ongoing demonstration (para. 18). Yes, law enforcement officials have a role to play but primarily in facilitating and protecting demonstrations (para. 74). No, a demonstration does not lose its peaceful nature merely if its participants contest some measures or orders by law enforcement authorities (paras. 15-17).  Yes, counter-demonstrations also enjoy the protection of international law (para. 26). No, the indiscriminate use of firearms is never permissible but where use of force becomes genuinely necessary, it must be based on proper training and an aim to deescalate tension, and it must use only minimally harmful means (para. 78). Yes, protecting public health amounts to one of the legitimate aims for which freedom of assembly may be subjected to limitations (para. 45). No, this does not mean that during the coronavirus pandemic all public gatherings including demonstrations may be banned, as there are better, more targeted and proportionate options available (para. 59).

For those who as academics or practitioners are interested in the doctrines of international human rights law, the General Comment does not come as a disappointment. In particular, the analysis of permissible limitations of freedom of assembly is rigorous and analytically clear. It is especially valuable that the notion of freedom of assembly having an inviolable essential core is recognized: “Restrictions must not … impair the essence of the right” (para. 36), which means that deeply intrusive measures can never be proportionate but will amount to a violation of Article 21 per se.

Equally importantly, the Committee’s new formulation of the principle of proportionality reflects the state of the art in the development of the doctrine: Restrictions “have to be proportionate, which requires a value assessment, weighing the nature and detrimental impact of the interference on the exercise of the right against the resultant benefit to the one of the grounds for interfering. If the detriment outweighs the benefit, the restriction is disproportionate and thus not permissible” (para. 40). Here, I take my hat off. This applied form of balancing is exactly appropriate. A proper proportionality assessment is not conducted in abstracto between the interest to be protected –  often a collective good – and the value of the human right – in this case, freedom of assembly – subjected to restrictions. Instead, there must be a proven benefit toward meeting the legitimate aim, and any human rights intrusion resulting from the chosen measure must remain proportionate to the benefit obtained.

A third important doctrinal dimension relates to the question of possible human rights responsibilities of private actors. The General Comment makes clear that gatherings in private spaces fall within the scope of the right of peaceful assembly, and it then moves to listing a number of considerations that will determine to what extent access to private land or premises may lawfully be restricted. This will serve both as instruction to governments how the matter should be regulated and as guidance to organizers of events or demonstrations as well as to property owners. These considerations include:

whether the space is routinely publicly accessible, the nature and extent of the potential interference caused by the gathering with the rights in the property, whether those holding rights in the property approve of such use, whether the ownership of the space is contested through the gathering, and whether participants have other reasonable means to achieve the purpose of the assembly, in accordance with the sight and sound principle. (para. 57).

As to its methodology and sources, General Comment No. 37 represents the antithesis to the self-referential nature of many Human Rights Committee documents where explicit references to external sources of influence are avoided even when that influence is obvious to an informed reader. There are references to other U.N. human rights treaties, the Declaration on the Rights of Indigenous Peoples and to the Rome Statute of the International Criminal Court (ICC), to regional human rights treaties and their interpretive materials including case law, to a wide range of soft sources such as Organization for Security and Co-operation in Europe (OSCE) and European Commission for Democracy through Law (Venice Commission) documents, and to pertinent highly specific U.N. or other guidance documents such as the  Guiding Principles on Business and Human Rights, the good old Siracusa Principles, the Basic Principles on the Use of Force and Firearms by Law Enforcement Officials, the U.N. Human Rights Guidance on Less-Lethal Weapons in Law Enforcement, and the International Code of Conduct for Private Security Service Providers. This is a welcome development that not only reflects the principle of interdependence and indivisibility of all human rights but also a commitment to transparency in working methods.

A remarkable dimension of the new General Comment is its adaptation of Article 21, a human rights treaty provision drafted in the early 1950s and adopted in 1966 to cope with the realities of the twenty-first century. The Comment incorporates many explicit references to the exercise of freedom of assembly online, and affirms that this activity is equally protected by international human rights law. Demonstrations or meetings themselves may take place online, and these online meetings are protected by Article 21 (para. 10). Likewise, activities associated with the preparation, conduct or follow-up of offline events receive the protection of Article 21 – whether conducted digitally or in person. (para. 34). It is both ironic and apropos that because of the COVID-19 pandemic the whole session where General Comment No. 37 was adopted was conducted online.

Finally, the General Comment addresses extremely timely issues of privacy and surveillance. The General Comment affirms that participating in a meeting or demonstration anonymously, including by wearing a mask, is protected by international human rights law (para. 60). The Committee then moves to addressing other issues concerning the protection of privacy rights while exercising freedom of assembly, including in respect of the use of facial recognition technologies by authorities during a demonstration, or the monitoring of social media (para. 62, see also para. 99).

Through these and other pertinent observations the Committee demonstrates how the right to privacy has, partly because of technological developments, moved from the shadows to center stage in international human rights law. A new General Comment on the right to privacy (Article 17 of the Covenant) is badly overdue. One may hope that the Committee would take up the challenge and continue its excellent work in demonstrating how international human rights law is capable of addressing new challenges and phenomena.