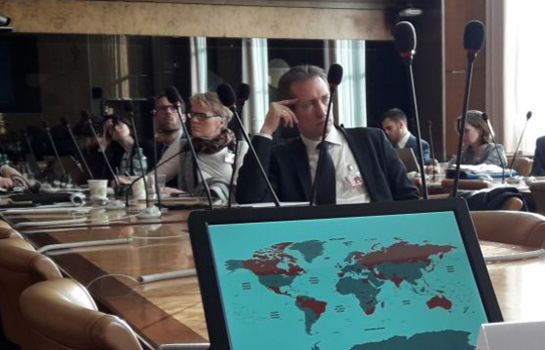 On 18 February 2019, researchers from 20 countries briefed state representatives about their research on the national impact of the United Nations (UN) treaty bodies (TBs).

This study, led by Professors Christof Heyns and Frans Viljoen at the Human Rights Center of the University of Pretoria and in collaboration with the Office of the UN High Commissioner for Human Rights, examines the impact of the UN human rights treaty system at the national level. Researchers based in 20 countries investigate the extent to which the work of UN TBs has had an impact on their country’s constitution, legal system and policies. Results will be presented by the end of 2019.

‘If the 2020 review of the TB system shall deliver positive results, including strengthening implementation at the national level, the outcomes of this study will be crucial to identify which mechanisms have yielded the best results and what has to be done on the ‘Geneva-side’ of the human rights protection system in order to move towards meaningful positive change’ stresses Felix Kirchmeier, Coordinator of the Geneva Human Rights Platform.