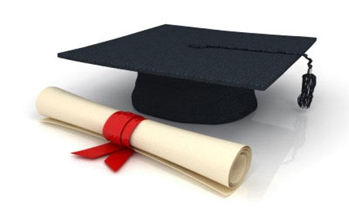 The University of Pretoria, working with a global network of research partners (including in Cambridge, Geneva and other African countries), recently established a research programme that focuses on violence reduction and securing the right to life in Africa. This is a multi-disciplinary programme that engages in the African context with the aspiration of UN Sustainable Development Goal 16 to establish ‘peaceful societies’.

The programme begins from the assumption that violence is not an immutable constant—that it can be affected by social, economic, legal and policy interventions. Moreover, it explores to what extent, in addition to the commitment of the SDGs, States’ international human rights law obligations require them to take such interventions that can be demonstrated to have an impact.

The ‘Freedom from Violence in Africa’ programme is located in the Faculty of Law, and some of the core research will be about the legal dimensions of issues such as the use of force by law enforcement officials, and the State’s duty to protect and to investigate, including in the context of anti-terrorism measures and armed conflict. It will also explore some of the more practical dimensions of these fields, including the use of less lethal weapons, or the use of ICTs for monitoring and accountability. The role of various accountability mechanisms, including courts and commissions of inquiry at both national and international levels, will also be dealt with.

At the same time, we are also very interested in the insights that are brought to the topic by other disciplines such as criminology, sociology, political science, public health, and history, especially as far as understanding the incidence of violence in Africa is concerned. Where possible, students from such backgrounds will be put in touch with potential co-study leaders in these disciplines, potentially across an emerging international network.

Students on the programme will have the opportunity to engage with each other and with international experts in this field.

The three main study leaders are:

Christof Heyns is professor of human rights law and Director of the Institute for International and Comparative Law at the University of Pretoria, where he served as Dean of the Faculty of Law and Director of the Centre for Human Rights. He is a member of the UN Human Rights Committee. He teaches on the human rights Masters’ programme at Oxford University, is adjunct professor at the American University in Washington DC, and in 2016 was a visiting professor at the University of Geneva. Heyns was United Nations Special Rapporteur on extrajudicial, summary or arbitrary executions 2010 – 2016. During 2016 he chaired the UN Independent Investigation on Burundi.

Topics on which Prof Heyns would welcome applications include:

Topics on which Dr Maslen would welcome applications include:

Thomas Probert is a Senior Researcher at the Institute for International and Comparative Law in Africa at the University of Pretoria and a Research Associate at the Centre of Governance and Human Rights at the University of Cambridge. He worked as a research consultant to the UN Special Rapporteur on extrajudicial, summary or arbitrary executions from 2013-2016, including being based at the UN Office of the High Commissioner for Human Rights in Geneva from 2015-6.

Topics on which Dr Probert would welcome applications include:

If you are interested in undertaking doctoral studies on this topic, please contact This email address is being protected from spambots. You need JavaScript enabled to view it.