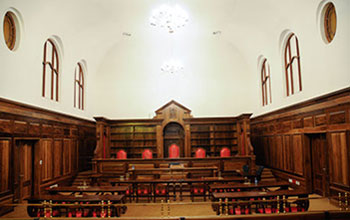 On 15 March 2016 the Supreme Court of Appeal decided the case of The Minister of Justice and Constitutional Development v The Southern African Litigation Centre, dismissing the Government’s appeal against the North-Gauteng High Court decision which found that the Government’s failure to arrest Sudanese President Omar al-Bashir was unlawful.

The writings of two ICLA fellows, Professor Erika de Wet and Professor Dire Tladi, were amongst the sources quoted in the decision with reference to their respective interpretations of Head of State immunity in international law.

The case can be accessed here.