The Implementation of International Law in South Africa 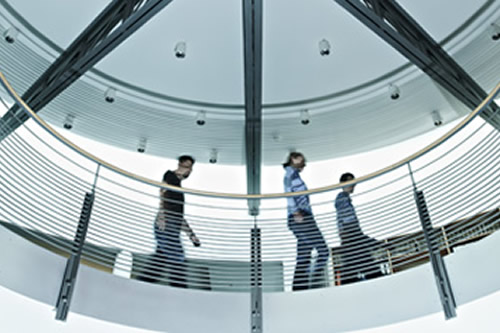 The Implementation of International Law in South Africa – Strengthening the Rule of Law by Following the German Model?
16-17 May 2014

On 16 and 17 May the Institute for International and Comparative Law in Africa (ICLA) in the UP Faculty of Law is organizing a workshop entitled: "The Implementation of International Law in South Africa – Strengthening the Rule of Law by Following the German Model?".

The workshop is organized in the context of a three year collaborative partnership between ICLA and the Max Planck Institute for Comparative Public Law and International Law in Heidelberg, Germany. This collaborative partnership is sponsored by the Alexander von Humboldt-Foundation and the workshop is also sponsored by the Konrad-Adenauer-Stiftung.

Please confirm attendance with Ms Rufaro Mavunga at This email address is being protected from spambots. You need JavaScript enabled to view it. at your earliest convenience (space is limited).

There are no costs attached to registration or attendance.

Both the developed and developing world are striving to create an effective and just international order. That order is directed at facilitating peaceful co-existence of nations and at cooperation to find and implement solutions to challenges that know no boundaries, including issues as diverse as international peace and security, climate change, the commercial use of outer space and organized crime, to name but a few. Given the scope of these challenges and the need for international cooperation, compliance with international law has become a vital component of the rule of law. Non-compliance with international law can have grave consequences, not only because of the risk of countermeasures by other States, but also because of its impact on global cooperation, as well as the message it sends concerning (the lack of relevance of) law as a framework for ordering society.

This discrepancy between South Africa’s formal commitment to international law and the implementation of that law is a direct result of scarce capacity in the field of international law and the manner in which it interacts with regional and domestic legal orders. South African universities after the adoption of the Constitution in 1996 have emphasized – for understandable reasons in light of its history – the development of capacity in the area of human rights. An unintended but nonetheless very real result of this development was a neglect of other sub-areas of international law, as well as the inter-action between these sub-regimes and the domestic legal order – despite the prominent role attributed to international law in the Constitution.

The challenges South Africa faces and its meagre record of compliance with international law stand in stark contrast to the German experience. When the Max-Planck-Institut für ausländisches öffentliches Recht und Völkerrecht (MPI), one of the project partners of this proposal, was founded in 1924, it was meant to compensate a perceived lack of knowledge in the field in the German research community. Nowadays, comparatively well-funded institutes of international law and a well-trained academic community have ensured successful implementation of much of international law. The European experience, ranging from a string of decisions of the Bundesverfassungsgericht related to the European Union, to a number of cases clarifying the relationship of the European human rights system to German law, has led to an intense discussion of how to implement the relevant regional obligations. While the German case is not without its own complexities and pitfalls, it can serve as a valuable example for South Africa in trying to improve its record of implementation of international obligations. This in turn could also serve as a useful point of departure for other countries in the region that face similar challenges in relation to implementation.

The outcomes of the workshop will be published in a book by Pretoria University Law Press (http://www.pulp.up.ac.za/) in early 2015. The workshop is organized in the context of a three year collaborative partnership between the Institute for International and Comparative Law in Africa in the Faculty of Law of the University of Pretoria and the Max Planck Institute for Comparative Public Law and International Law in Heidelberg, Germany.