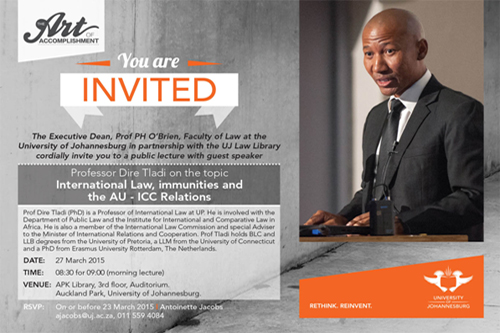 Professor Tladi joined the University of Pretoria as Professor of International Law in the Faculty of Law on 1 March 2014.