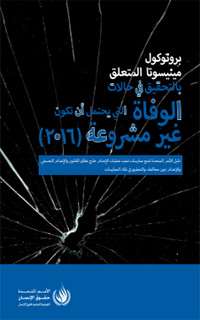 The Revised United Nations Manual on the Effective Prevention and Investigation of Extra-legal, Arbitrary and Summary Executions